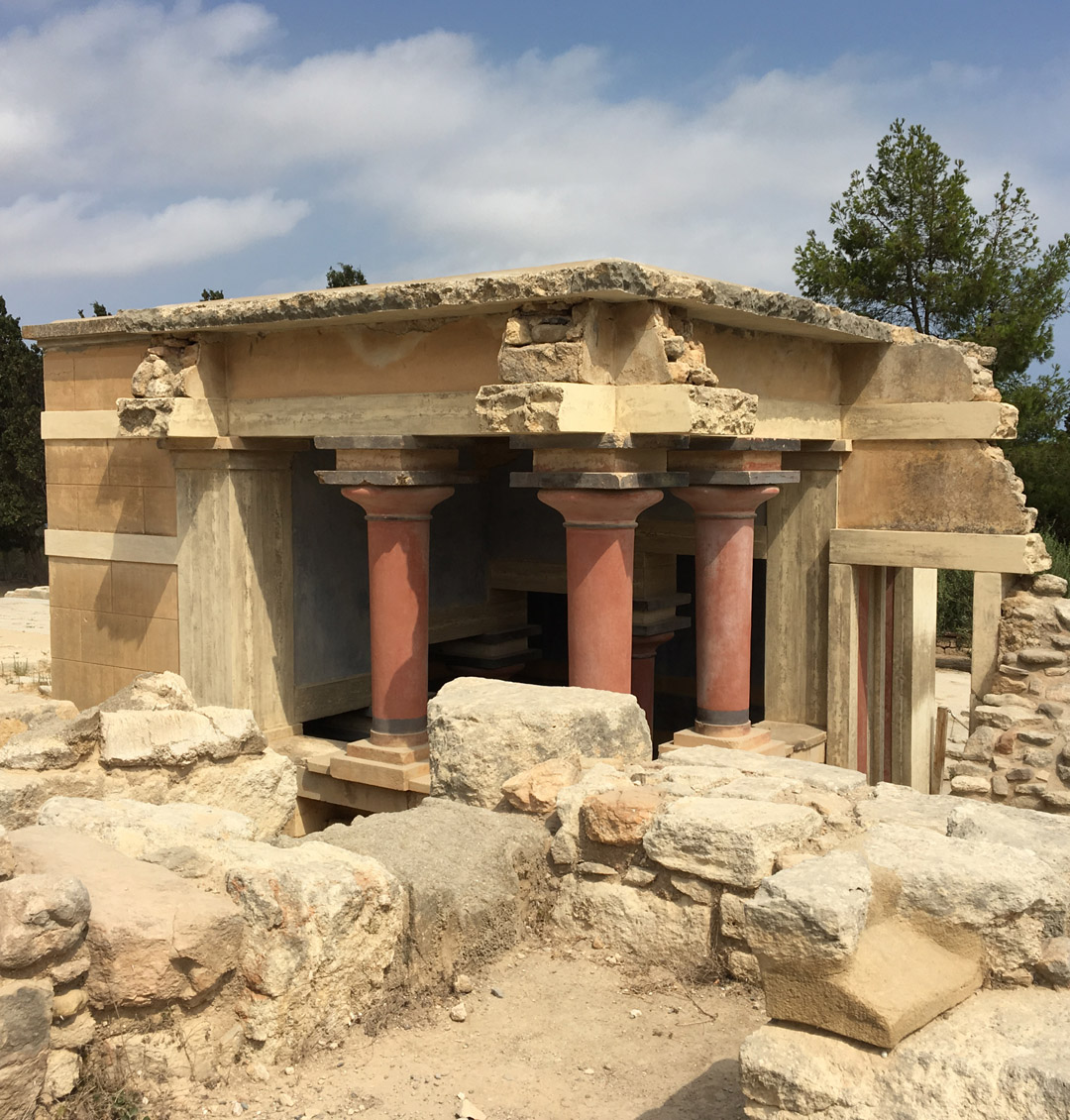 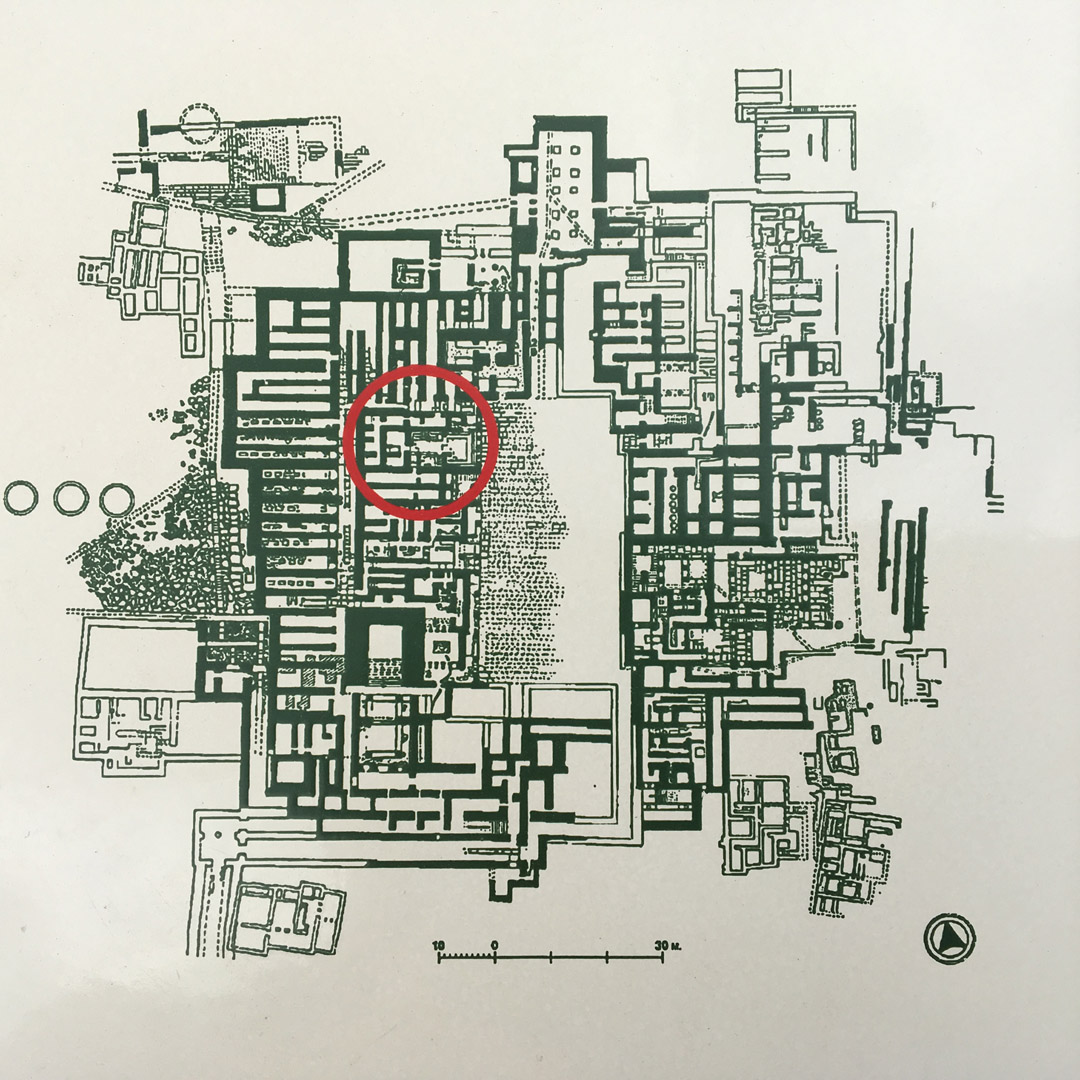 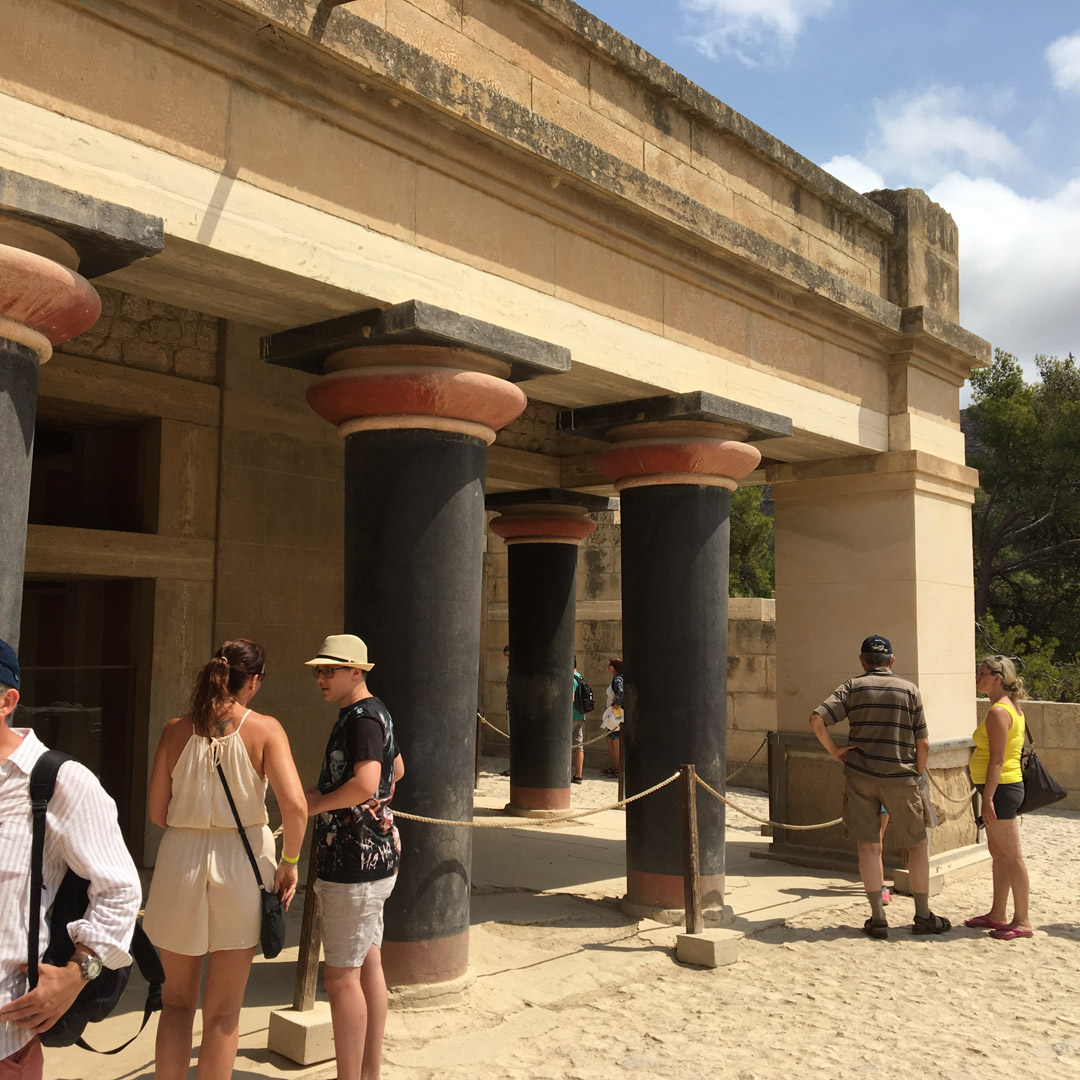 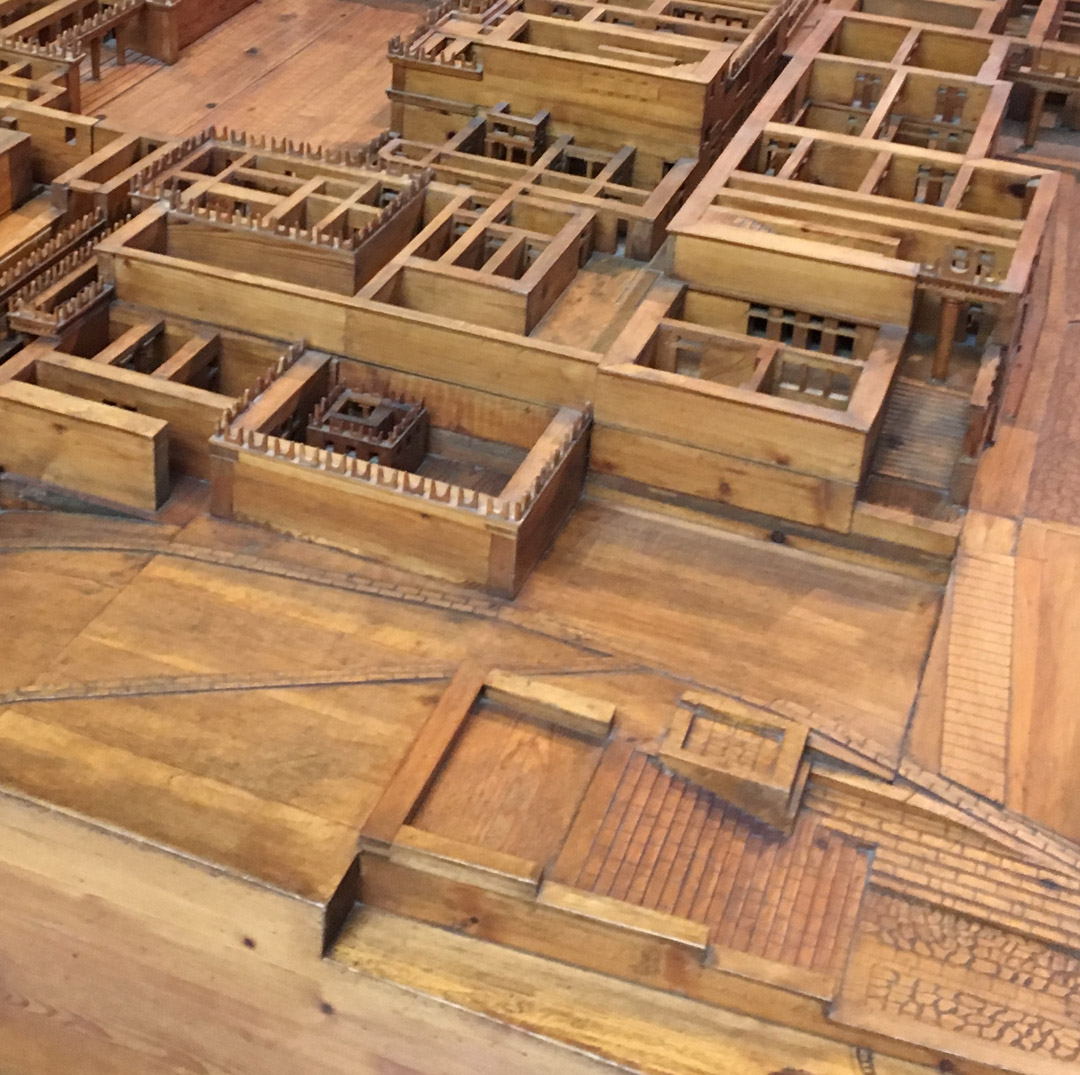 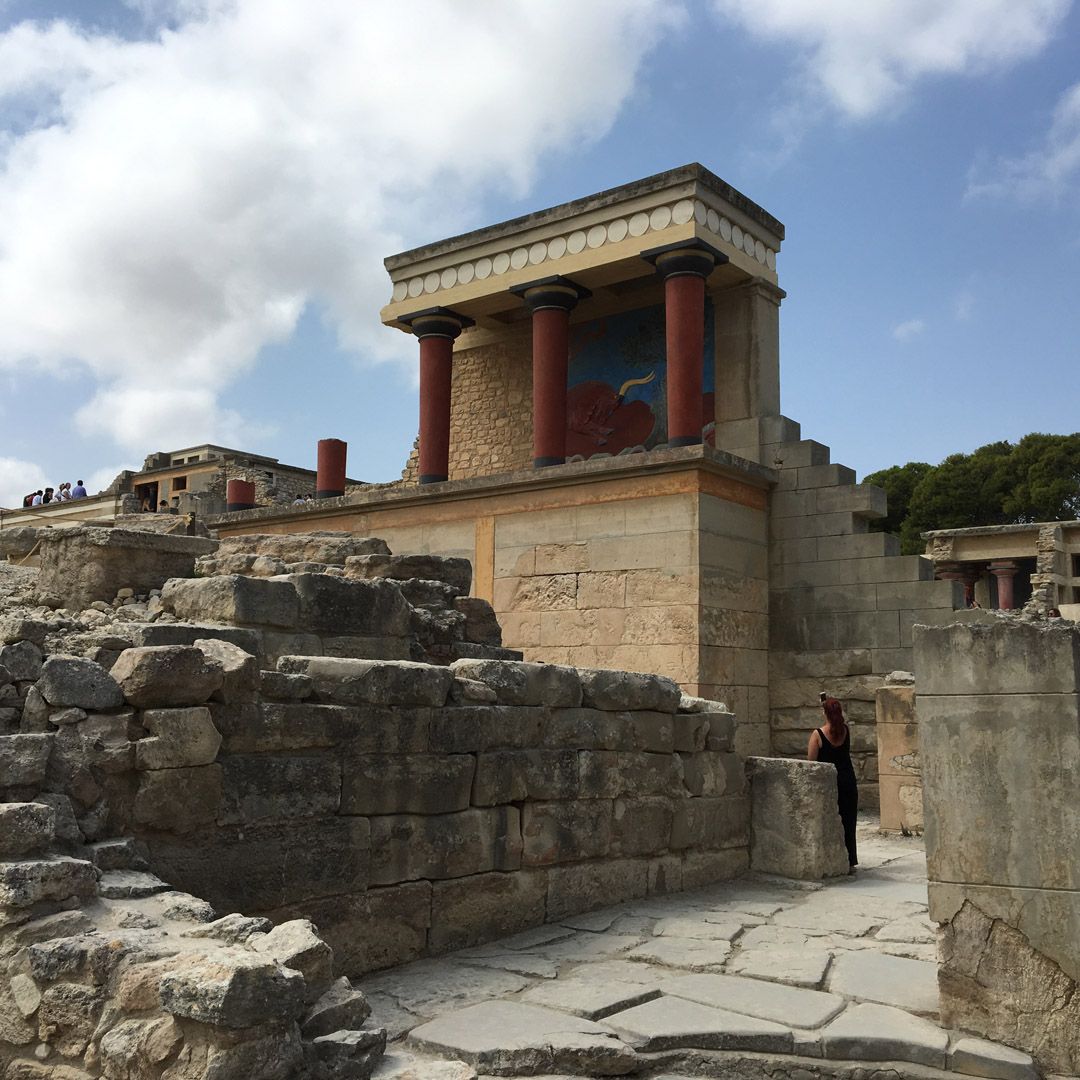 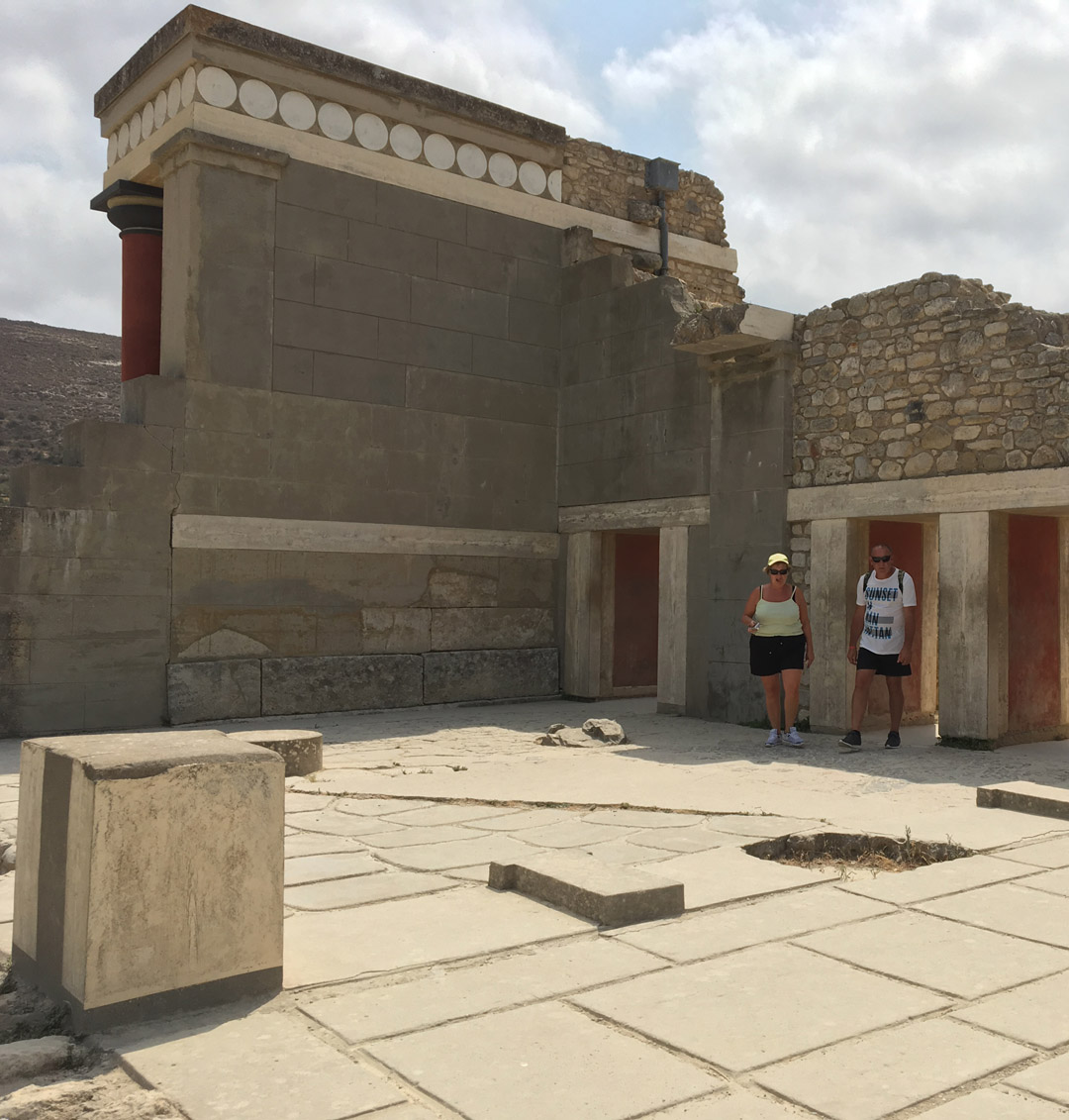 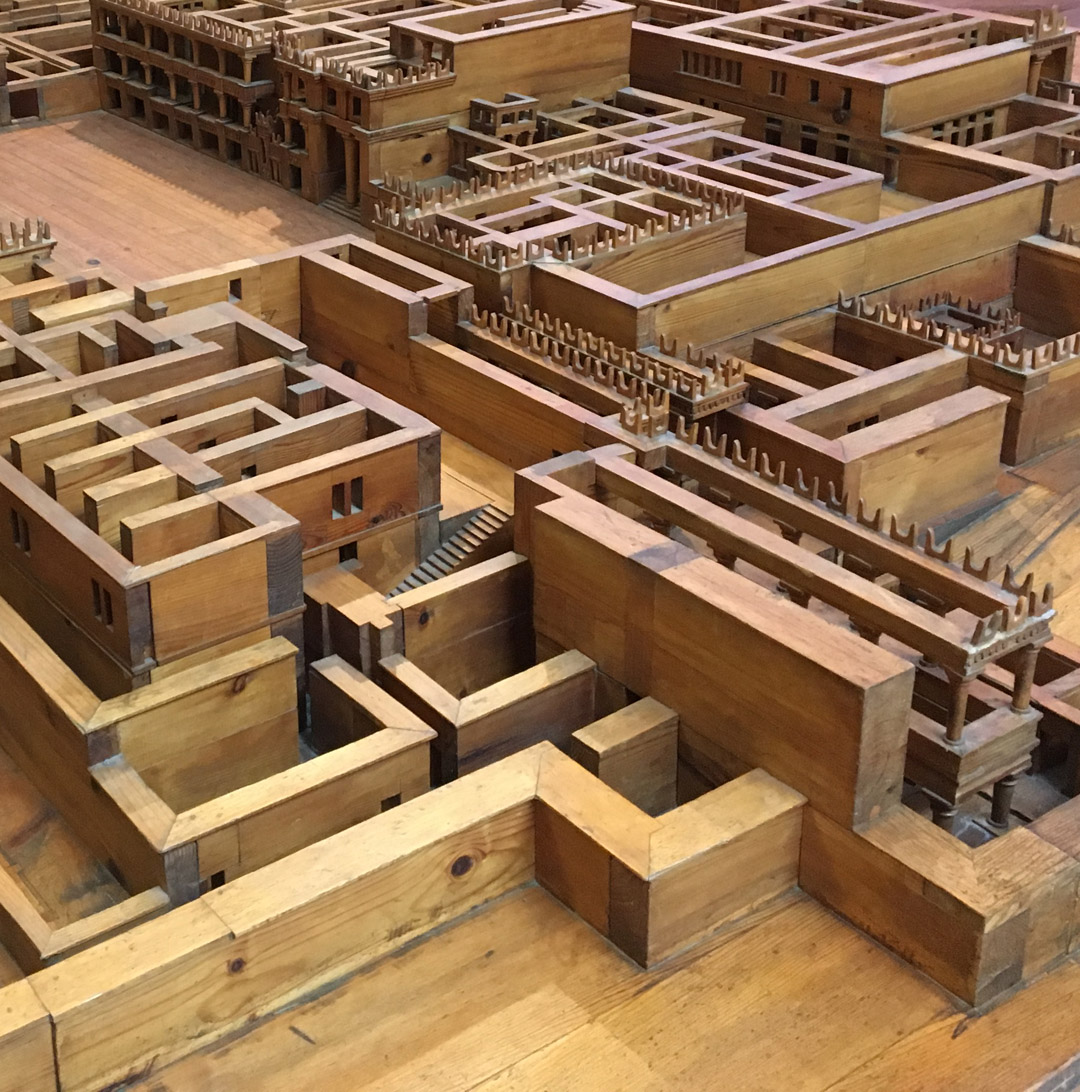 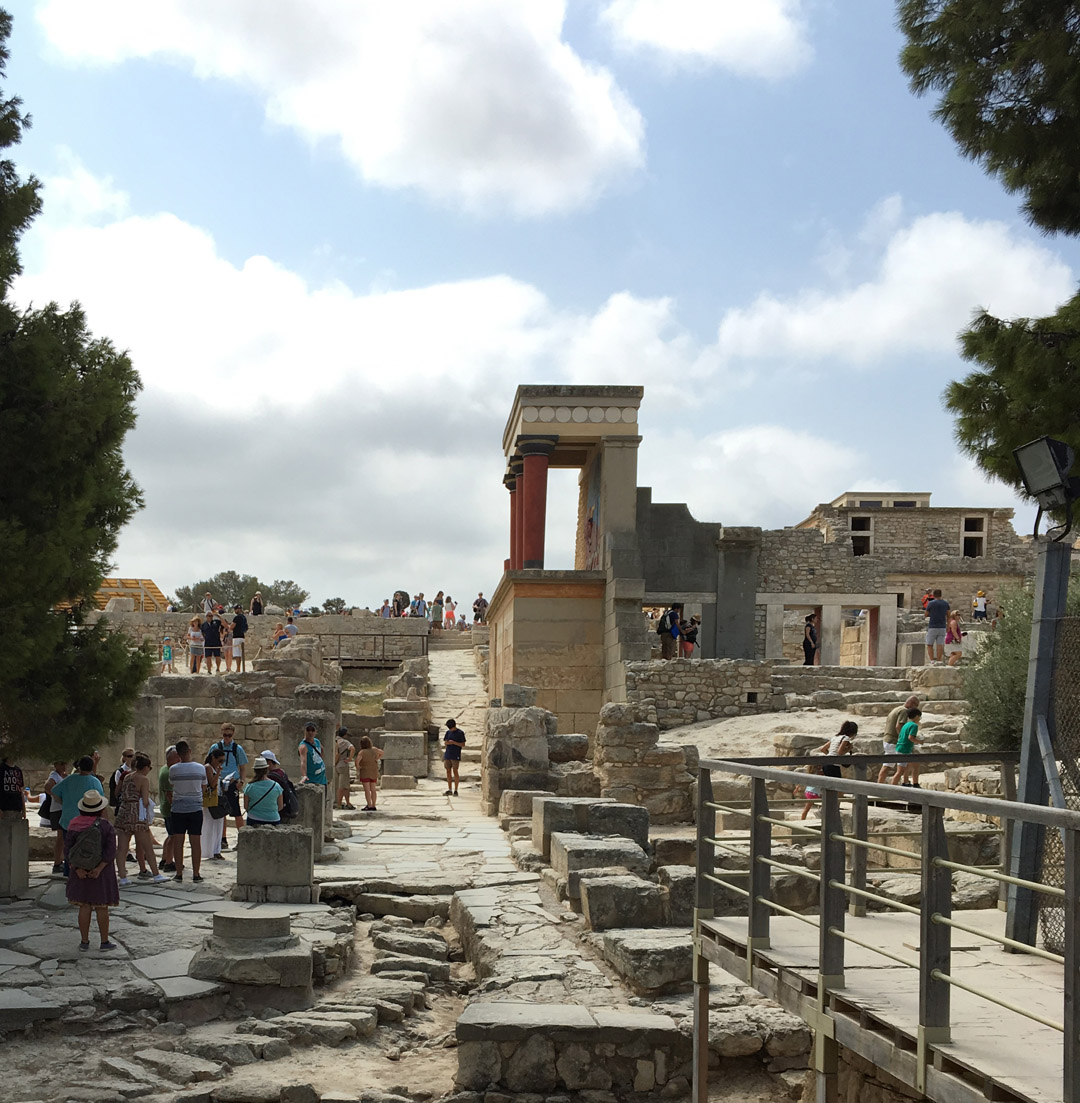 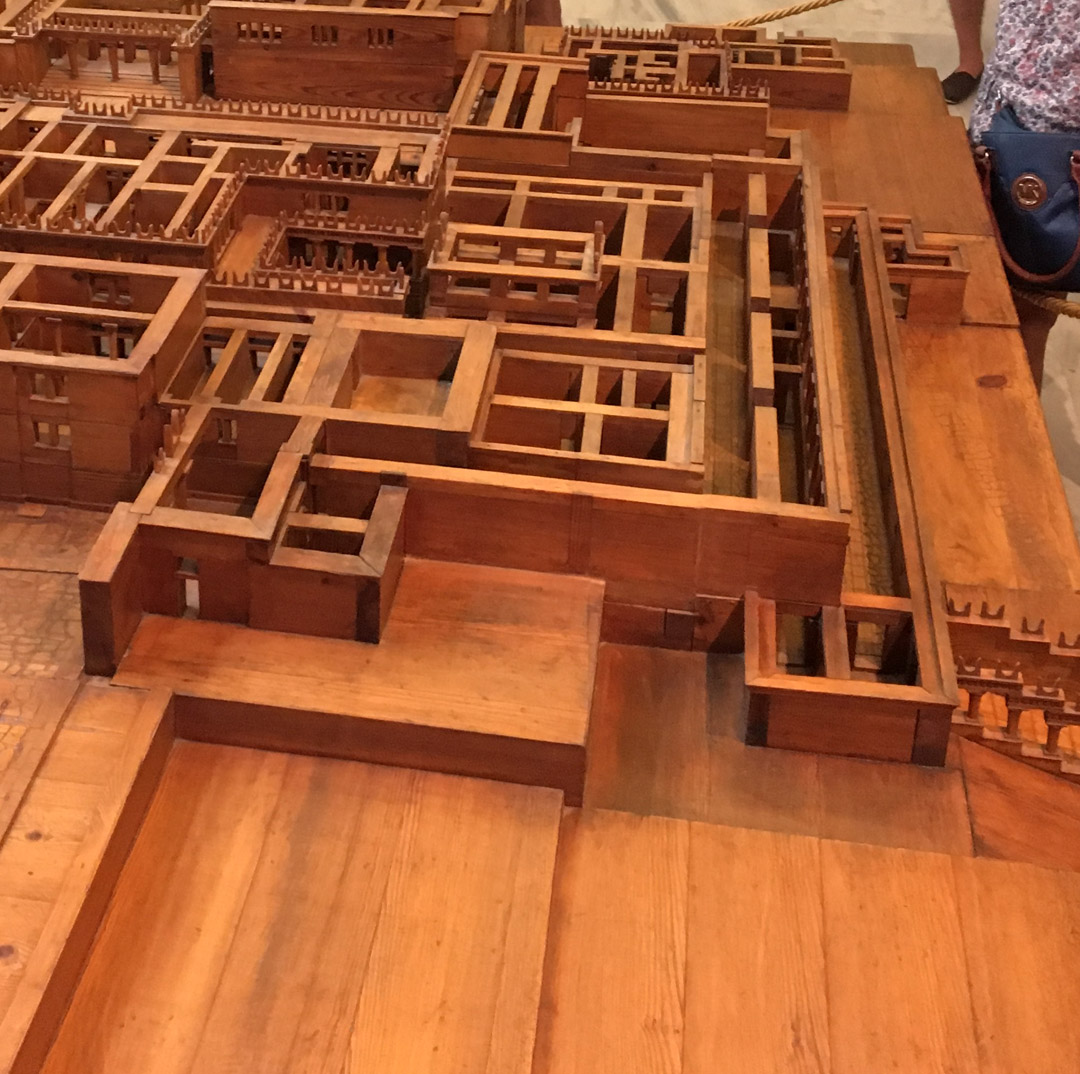 Above: Temple of Knossos, Crete

I recently visited the Temple of Knossos in Crete to see the remains of what was possibly the first city in Europe created by the Minoan civilization c.3000-1000 BC. The city was forgotten after it was abandoned but featured in Greek mythology until it was excavated in 1878 by Sir Arthur Evans who enthusiastically reconstructed fragmentary elements of the palace in brightly-painted reinforced concrete to conjectural design detail.

Another recent visit to Killarney (moving ahead some 3200 years later in history) led me to Ross Castle, a reconstructed 15th century Irish tower house. Medieval construction was re-created by contemporary tradesmen who had to learn ancient building techniques such as a wicker-shuttered limecrete ceiling vaulting. The story goes that an American benefactor sponsored the state for the badly needed work to the castle on the condition that its interior be reconstructed. 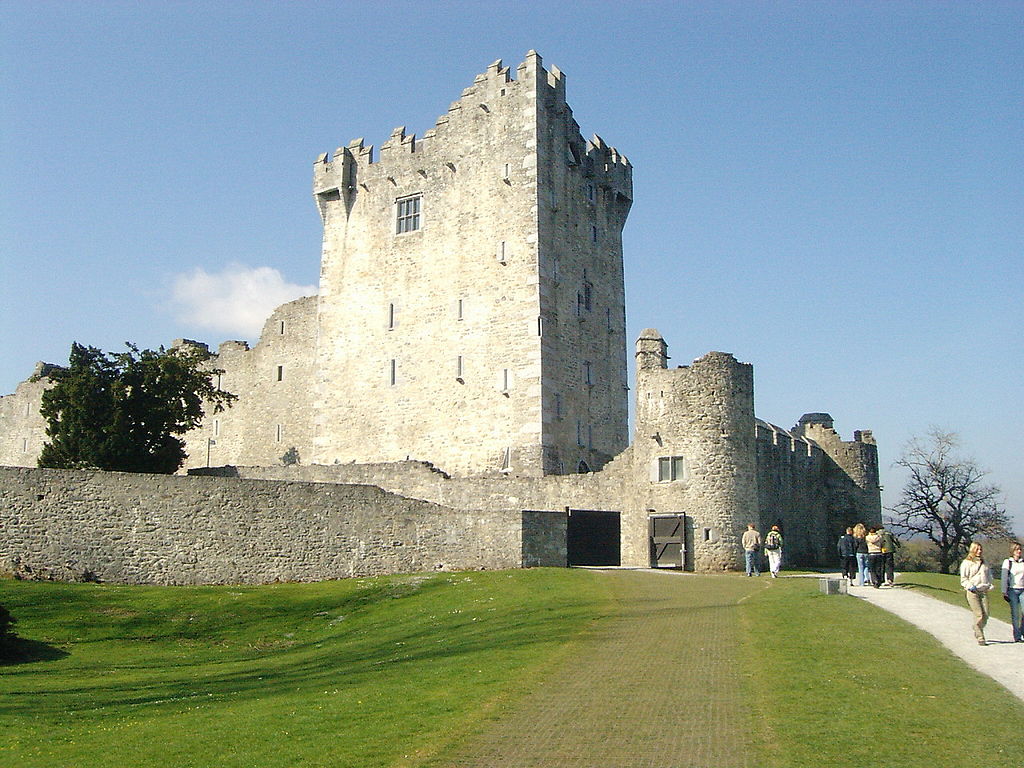 Reconstruction has always been controversial. The Venice Charter (1964) states that “all reconstruction work should..be ruled out”. The revised Burra Charter (1999) more leniently notes that “Reconstruction is appropriate only where a place is incomplete through damage or alteration, and only where there is sufficient evidence to reproduce an earlier state of the fabric.”

Despite the international guidance against the practice of reconstruction, the popularity and local importance of these (and other international) sites is evident in terms of local visitors numbers. At Knossos, Evans’ approach is today deemed to be misguided, but the reconstruction of the sophisticated design of the early bronze-age building is visually arresting and features prominently on any Cretan tourism literature: it is hard to deny that a day out at the ruins and city museum is anything but enjoyable and interesting.

This is not to justify reconstruction by pure weight of tourist numbers. The 19th century fresco of Ecce Homo in the Misericordia Sanctuary in Borja, Spain in recent years has seen an increase in visitor numbers to the town from 6000 to 57000 following international media attention of the botched overpainting of the greco by an enthusiastic parishioner in 2012. 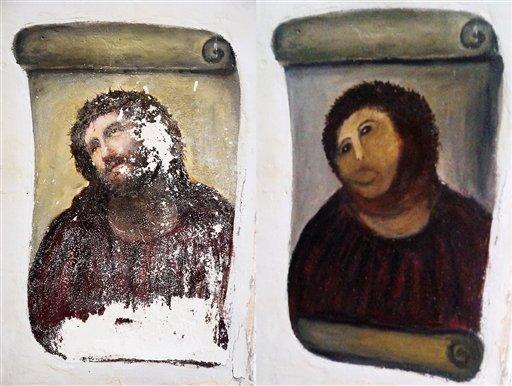 Above: Overpainting of Ecce Homo in the Misericordia Sanctuary in Borja

Buildings that have national symbolic value may have deserved reconstruction – for example the GPO in O’Connell St., Dublin which was reconstructed by the Irish Free State with only the front façade retained. Warsaw which was 90% destroyed during the second world war was reconstructed (not as it looked in 1939 however, but as it looked during it’s “golden age” of the late 18th century). The symbolism of the reconstruction was more relevant to the cities occupants than the philosophical viewpoint – they wanted their city back. Similarly, Syria’s director of antiquities has vowed to reconstruct the ancient city of Palmyra followings it’s recent destruction by Isis. Interestingly, the site was recorded by means of 3D scanning immediately before the advance of Isis in anticipation of its demise. 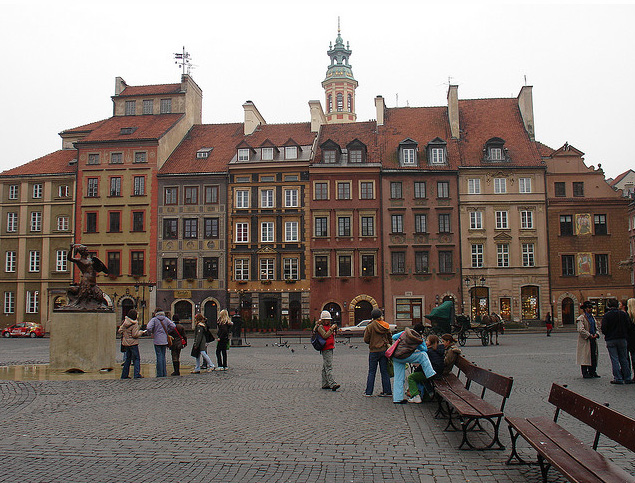 Reconstruction may also have a research function or a role in the preservation of the site from the elements or future development.

The case against reconstruction includes arguments relating to the authenticity of ruins versus the difficulty of achieving authenticity in the reconstructed works which will be influenced by the times they are built in (Evans’ colour scheme at Knossos was apparently influenced by fashionable Art Deco schemes at the turn of the century). Original building fabric may be destroyed or it’s interpretation made more difficult by the addition of reconstructed elements.

The monuments and buildings of a country or culture form part of their identity. When they are suddenly lost through war or disaster, there is a natural desire for the society to reinstate what they have lost. This is at odds with modern conservation philosophy (although apparently less so a century ago) and inevitably leads to intense debate. Should a society be able to accept events that lead to the loss of historic buildings and move forward or should buildings in certain circumstances be allowed rise from the ashes to restore a sense of place and identity? What Arthur Evans did at Knossos in the 19th century can be now seen as inappropriate (but interestingly now forming part of the narrative of the site) – ancient ruins should be left as ancient ruins and possibly re-imagined and visualised with modern virtual reality technology. Perhaps there could be circumstances where well-documented cultural buildings of national importance that are suddenly lost can be reinstated? 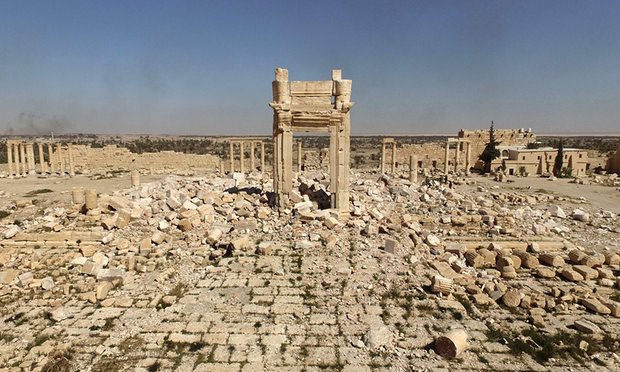